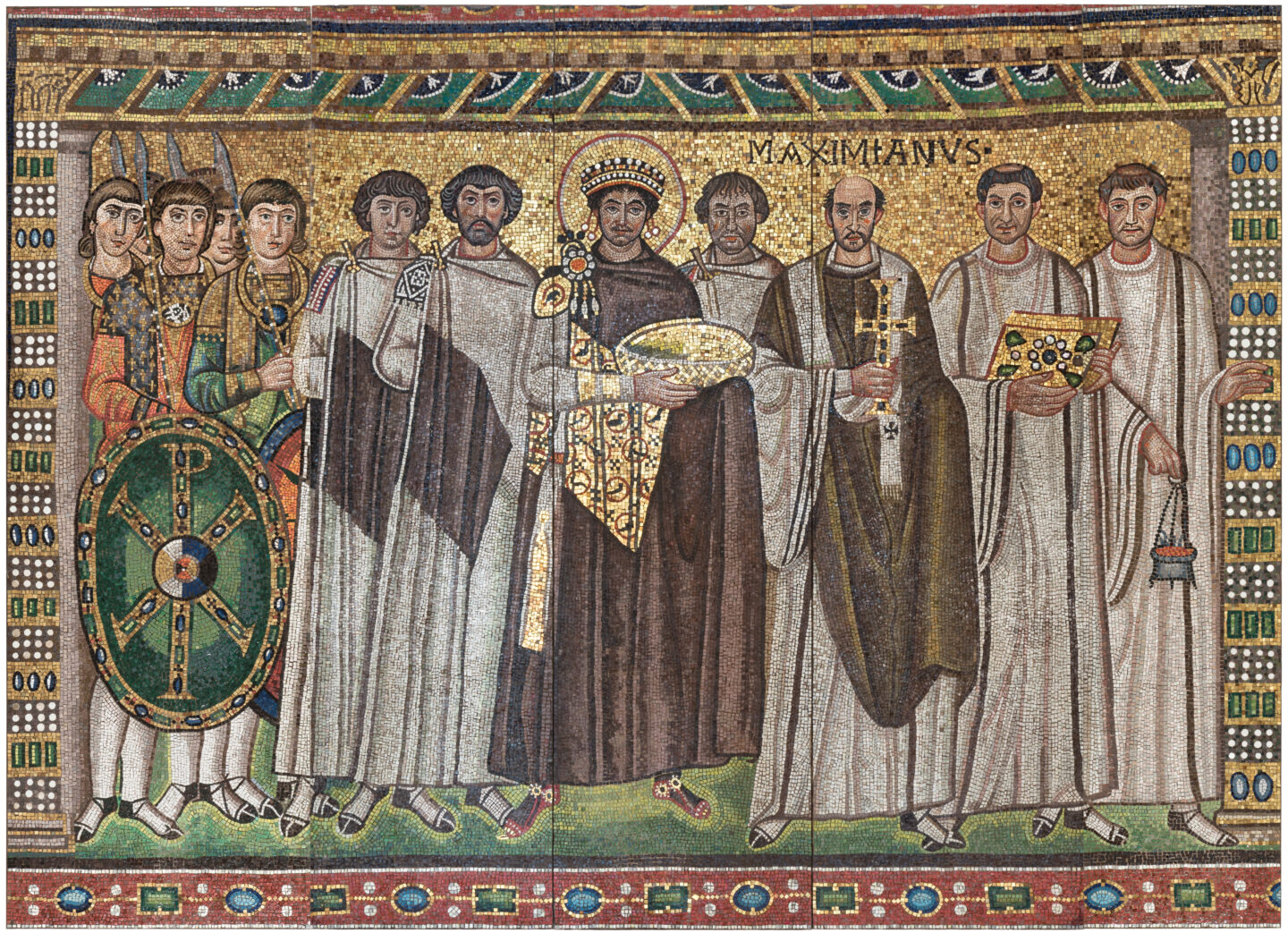 Before we explore exactly what the Crusades were, we need to establish some, context. In this post, I’m going to give a brief history of Byzantium. How it came to be and what the relationship was like between the Byzantines and the West.

In the East, the Roman Empire continued. Byzantium or Constantinople (both names refer to the same city) was the part of the Roman Empire that survived the fall of Rome and continued until the 15th Century when the city fell to the Ottoman Turks in 1453. Due to its continuity with the ancient world, Byzantium is often perceived as providing an essential link from the Romans to the medieval period. So synonymous is Byzantium with medieval history that its fall is often considered to have marked the Middle Ages. The history of Byzantium is so rich, that it is difficult to provide a brief history!

The Beginnings of Byzantium

Byzantium or the Byzantine Empire is the name given to the medieval Christian Greek-speaking empire which was created after the division of the Roman Empire. In 330 AD Emperor Constantine founded a New Rome and named it after himself – Constantinople. But why was there a need for a ‘New Rome’?

The Roman Emperors in the 3rd and 4th centuries were spending increasingly less time enjoying the comforts of Rome and more time on the frontiers. There is a significant emphasis on the military experience of Roman Emperors from the 3rd century onwards. Emperors could no longer indulge in the delights of their high status, they had to be useful. This was a time when the Empire was under threat. Thus the importance of military leadership became increasingly important.

The Eastern Empire was becoming more important. Persia had become an Empire to rival Rome and the Eastern part of the Roman Empire was frequently attacked by this rival power. Constantine wanted to be closer to this threat. He also wanted to control the land and sea routes between Asia and Europe. Constantine was in search of a new capital.

Byzantium was an already existing strong, thriving city which formed part of Greece. Lying on the Western side of the Bosphorus it benefited from easy access to Rome. It enjoyed an elevated position and its harbour was secure. The harbour lay on the Golden Horn, a major waterway which was the main inlet to the Bosphorus.

Byzantium was the perfect location for Constantine to establish a new capital city. He renamed it Constantinople after himself. This renaming ensured that the founder was memorialised and forever associated with what Constantine rightly hoped would be a thriving city.

But What Became of Rome?

The only emperor we can be certain visited Rome between 363 and 395 was Theodosius. He spent two and a half months there in 389.

Rather than the central administrative city it once was, Rome becomes of symbolic significance it is often referred to as ‘the Golden City’. However, Rome was still the largest city in the Empire despite the fact the Emperor and his court had relocated.

When Rome fell to the Barbarians in the 5th century, Constantinople survives and Rome falls. So the Roman Empire continued in the East but diminished in the West.

The Byzantines self-defined themselves as members of the ‘Romaike autokratoria’, or the Roman Empire. Until the fall of the Byzantine Empire, the Byzantines still considered themselves Roman, although they used the Greek language to explain that. In the 6th century, they stopped using Latin as their main language and used Greek. They did not refer to themselves as Greek and were offended when they were referred to as Greeks by Westerners. But Greek was the language of ordinary people, Latin language of Imperial Rome was imported from the West. Justinian I was the last Emperor to speak Latin as his main language.

The heavy influence of Rome can be seen in Byzantine culture. Many traditions and customs were continued from the Roman Empire, e.g. in entertainment to appeal to the populace. Chariot racing, as had taken place in Rome was ever popular in Byzantine amphitheatres.

In my endeavour to offer a brief history of the Byzantine Empire, I’m going to discuss a few selected dates and key figures in order to explore Byzantium in more detail.

In any history of Byzantium however brief, one key figure emerges – Justinian I. He organised and documented Roman law and constructed magnificent buildings in Constantinople. Justinian launched a series of military campaigns to try and suppress Germanic kingdoms in the West and to resurrect the old Empire as it had been in the time of Emperor Augustus. Ultimately, Justinian wanted to be remembered for recapturing lost Roman lands in the West.

Justinian was also interested in regaining lost tax revenues and food supplies which had fallen to the Barbarian tribes. He did re-take Italy, as well as some parts of Spain. But these wars cost a huge amount of money. Justinian funded these wars by raising taxes which in turn crippled the economy. Also because of these tax hikes theft was prevalent in the countryside. This resulted in countryside residents pouring into the city of Byzantium and draining resources. This ultimately led to the Nika riot of 532. The City of Constantinople burned and Justinian killed 30,000 rioters. Justinian’s successors lacked the resources to hold onto the lands he acquired and so the Empire was divided once again as new Germanic kingdoms emerged and conquered the West.

The Rise of Islam and the Byzantine Empire

In late antiquity, power ultimately rested in the hands of two huge Empires – the Roman Empire and the Persian Empire. The Byzantine Emperor Heraclius (610-641) landed crushing blows on the Persian Empire during his reign. He recovered Syria from Persia and started to enjoy his recent successes when he suffered a catastrophic blow. A new power began to emerge in the East – Islam. After a number of defeats, Heraclius made the difficult decision to abandon all territories in Syria. Islam absorbed not only Byzantine lands but also the Persian Empire, Egypt and Syria.

Bit by bit, all of the Byzantine-held territory in North Africa was lost to Islam.

Byzantium was a buffer. If Constantinople had fallen to the Arabs in the mid-seventh century, they would have used the great wealth and power of the Byzantine Empire to take Europe. Without Byzantium, Europe as we know it would not exist.

Islam, only founded in 610 AD had grown so strong it made several essential gains in the 7th century at the expense of Byzantium:

In 661 the Muslims established their capital at Damascus and began to launch annual campaigns against Byzantium.

The loss of Syria, Egypt and Palestine was a huge blow to the Byzantines. These areas included important cities which benefited from large populations. They were also important economically (especially Egypt) and in terms of religion (Antioch and Jerusalem).

The topic of iconoclasm is rather complex, however, I here offer a brief history of this important theme in the history of Byzantium.

Religious conflict broke out in Byzantium in the 8th and 9th Centuries. The debate surrounded the proper use of images in religious worship. Before the 8th century, there was widespread enthusiasm for icons as objects of religious devotion. They were an integral aspect of devotion. They were even used as a means of defending the city. During the failed attempted sieges by Islam, religious images were placed on the walls and were commonly considered as a reason for the Byzantine victory. Yet despite these defences, Byzantium lost numerous cities to the Arabs. This prompted the question – were the Byzantines the sinners? Was Islam in the right?

A volcanic eruption in the Aegean Sea in 726 seemingly added fuel to the fire. Emperor Leo III believed that God was angered and that the Christians were being punished for idolatry (the worship of idols). So Leo III banned the veneration and use of religious images throughout the Empire. This ban was called Iconoclasm. It officially began in 730 and remained in force until 843.

Not all conformed to the condemnation of holy images. Stiff resistance came from monks within Byzantium. Some of whom were martyred, others exiled. Iconoclasm never really took off amongst the general population who enjoyed a tradition of venerating images. However, iconoclasm was sold wholesale to the army who attributed their military successes to the rejection and condemnation of images. Emperor Leo III and his son and successor, Constantine V were exceptionally successful military leaders which appeared to prove the notion that the veneration of holy images angered God. However, their predecessors were not as successful in battle.

Eventually, iconoclasm was abandoned in 843. The veneration of holy images has been an integral aspect of the Greek Orthodox Church ever since.

Islam was not the only threat to Byzantium. In 680 Turkic Bulgars establish themselves in Bulgaria. By the 8th century, they were a serious threat to the Byzantine Empire. Emperor Basil was responsible for the killing of large numbers of Bulgarians. He expanded his Empire North into Bulgaria thus restoring the northern frontier of Byzantium as it was in the days of Justinian I. Basil took Bulgaria and earned the name of the ‘Bulgar Slayer’.

Edward Gibbon, writing in the 18th century claimed that the Byzantine Empire was in permanent decline. However, as the example of the reign of Basil II has shown, the 10th Century was a time of expansion and conquest for Byzantium. Emperors sought to re-take former Byzantine lands and restore the Empire to its former glory. This was a time of expansion and hope for Byzantium.

Byzantium and the West

As explored in another post, the First Crusade was called in an effort to assist the Byzantine Empire in its struggle against the rising forces of Islam. So, what was the relationship between Byzantium and the West since the collapse of the Western part of the Roman Empire?

The Byzantines and those occupying the lands formerly held by the Roman Empire did have one significant thing in common. Religion. Following the conversion of the Barbarian tribes throughout the 5th, 6th and 7th centuries, the West was once again largely Christian. However, those in the West owed allegiance to the Pope as the head of the Catholic Church. Whereas the Byzantines and followers of the Greek Orthodox Church did not recognise the supremacy of the Pope. This was the cause for some tension between these two branches of Christianity.

The Byzantines did have frequent contact with the West after the 5th century. But the Byzantines sought to preserve their ‘Romaness’. There was a fear that contact with the ‘barbarians’ as they called those from the kingdoms formerly belonging to the Western part of the Roman Empire might contaminate them. So when the Byzantines hired Western mercenaries there was an attempt to prevent their customs from influencing residents. For instance, the citizens were prohibited from wearing Germanic clothing such as pants, heavy boots, and clothing made from animal furs.

Byzantine citizens wore traditional Roman garments. They wore no trousers but bore their legs, they wore sandals, not boots. The Greeks thus perceived the Latins, or the Westerners as something other, something inferior to themselves.

There was an undercurrent of political hostility between the West and the Byzantines which ran following the collapse of the Roman Empire.

Charlemagne’s coronation as the Holy Roman Emperor in 800 by Pope Leo III was a clear indication of the division which existed between the Latins and the Byzantines. This must have also been a great insult to the Byzantine Empire who still believed their rulers to be the true inheritors of the title Emperor.

And so, when Pope Urban II called the First Crusade in 1095 and the Normans answered the call, the Byzantines were understandably suspicious of their intent. These tensions ran through the course of the First Crusade and beyond. Culminating in the Fourth Crusaders’ sack of Constantinople itself in 1204.

We hope you enjoyed our brief history of Byzantium.